I glanced around nervously as people screamed at the top of their lungs. I was hand-in-hand with a number of other white people. We formed a ring, a buffer, around a group of young protesters of color. Before I knew it, a large, white, bald man had grabbed my arm, seemingly trying to pull it from its socket. I instinctively yelled, “OW, YOU’RE HURTING ME.” He reluctantly let go, and I watched as he moved on to grab the arm of the white woman next to me. The damage was done. He had broken our protective chain with ease. Next, another man grabbed and attacked the black woman in front of me with much more aggression. My insides turned. I wanted to do something, to do more, but as a five foot woman I felt powerless surrounded by these huge, angry men. I wanted to shield the protesters inside our ring, but I was scared. 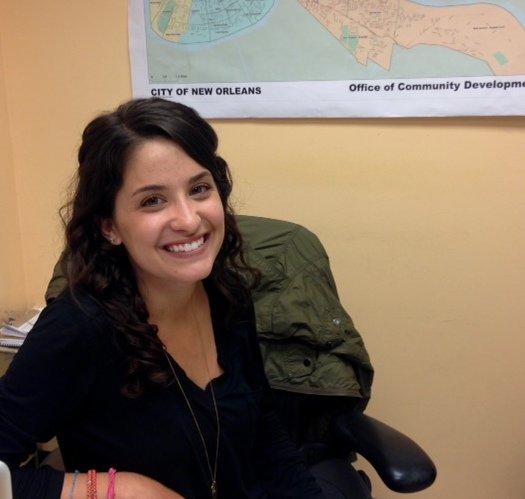 A whirlwind of screams and shoves created an overwhelming and hostile environment.  Once safely outside, it took all of my energy not to burst out in tears. Shaking, I looked at the people of color, members of Black Youth Project 100 (BYP 100) and the Vietnamese American Young Leaders of New Orleans (VAYLA-NO), who had come to protest. I was in awe of their bravery and courage to put themselves in such a terrifying situation. During the chaos, I had fallen to the back and blended in with the crowd. In contrast, the small group of people of color stood out, without the option to “blend” in (not that they wanted to). Outside, I thought about my instinct to run away when conflict started, and how the people of color I had walked in with stood firm, not willing to budge. Their voices were going to be heard, no matter the risk.

The protest was easier for me. It was easy to make noise and then slip into the crowd. It was easy for me to avoid conflict and remain quiet. As a white middle class person, it’s easy for me to turn a blind eye to the hardships that many people face across the country. It’s easier to avoid uncomfortable conversations with relatives when they make racist comments. It’s easier to avoid “bad areas” of your city, and to look away when someone asks you for change. It’s easier to roll your eyes at racist comments made by very powerful people at political debates. For people of color, it’s not so easy. These comments, this system, can challenge their lives in real and devastating ways.

As I think about the privilege that I have, and about my experience in Avodah, a particular lesson sticks with me. There is a tremendous need to work on, and to demand change, within our own communities. As Avodahniks working at amazing nonprofit organizations, doing “good” work alongside people of color, our communities have so much more to do. 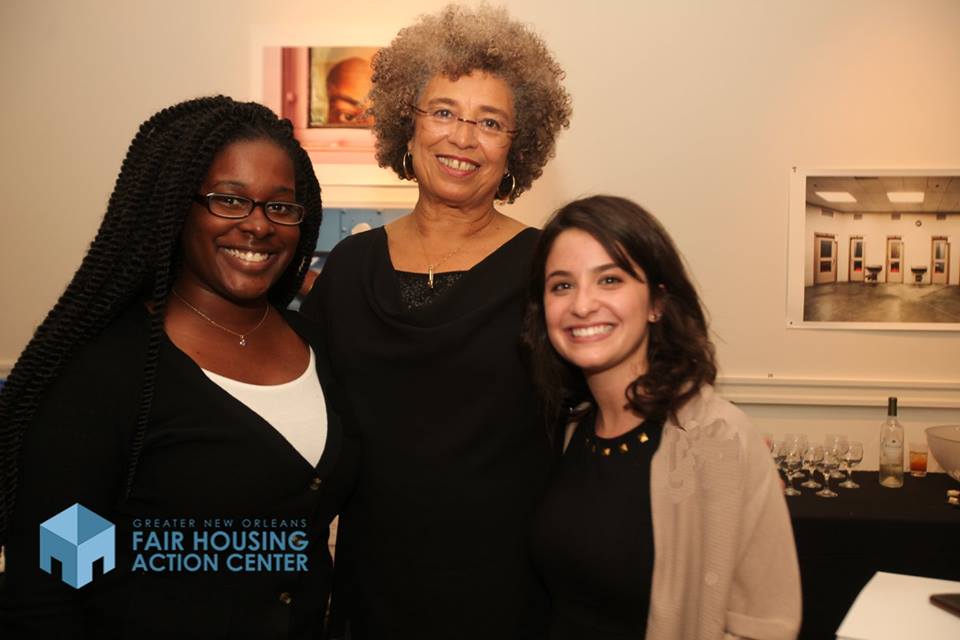 Malcolm X wrote that white people would often ask him, “What can a sincere white person do?” His response, which I think is still extremely relevant today, was that, “Where the really sincere white people have got to do their ‘proving’ of themselves is not among the black victims, but out on the battles lines of where America’s racism really is – and that’s in their own home communities; America’s racism is among their own fellow whites. That’s where the sincere whites who really mean to accomplish something have got to work.”

While in Avodah we can feel good about our work s, we must do more. While I can easily surround myself with likeminded people in New Orleans, I must work to bring more people in. We have to resist viewing ourselves as the good, social justice-minded ones as opposed to the ones who will never “get it”. The people who may not “get it” are the ones we need to focus on.

As I stood in the crowd and witnessed the mild aggression directed toward me, in contrast to the unrelenting aggression targeted at protesters of color, it was extremely clear. These angry white people are much more inclined to listen, and take seriously, my thoughts and opinions, and I have an obligation to try to get them to hear me. I have to support people of color by having uncomfortable conversations with people who don’t think like me. The anger and hatred is real, and misguided. And our apathy and disinterest is just as, if not more, dangerous. We must listen, learn, and think about the oppression that others face. We must recognize and acknowledge the privilege that we have, and we must give a damn. In order to repair our world, we have to turn people’s focus toward humanity, love, and understanding.

Lisa Tencer is from Huntington Woods, MI, attended the University of Michigan, and is a Homeownership Intake Coordinator at the Greater New Orleans Fair Housing Action Center.