Where Are You? Searching for our Social Justice Role Models 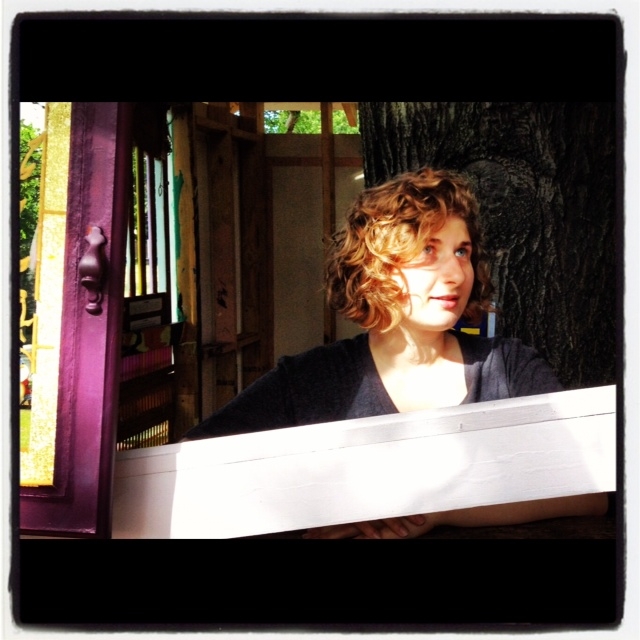 This piece was inspired by a “Jews and the Civil Rights Movement” webinar coordinated by AVODAH as part of the AVODAH Alumni network’s distance learning program through which alumni gain content and skills that help them develop as Jewish social justice leaders.

In 2009 I attended a workshop focused on Anti-Racist organizing for white folks. The presentation allowed for self-reflection and next steps in our own organizing. At the end of the workshop we were asked to share who our white social justice role models were. It was shocking, although not surprising, that the majority of the attendees shared that they did not have any white, social justice activists to look up to. I’ve been searching for my answer to this question ever since.

Typically when we use terms like ‘anti-oppression’ we are referring to a web of multiple and intersecting oppressions with no hierarchy . As a white person in this work, the process ebbs and flows and circles back again. Searching for role models both in colleagues and elders is an integral piece of this process. Intergenerational spaces are hard to come by, even though they are essential to our sustainability.

Where are the white, Jewish anti-oppressive role models? Where are the Jewish, queer, radicals that aren’t my peers? Maybe I haven’t been looking hard enough or in the right places. Yes, there are organizations across the country doing this work unfortunately they are few and far between. Additionally, many of them struggle with funding and/or have a limited reach. Even if these organizations exist in your city we can’t allow one organization to tackle everything. This prevents sustainability and widespread impact. As a community we need to support these spaces while also planting seeds in more mainstream organizations.

What happens to the white, Jewish social justice activists when they “grow up”? Do they stay involved? Do they outgrow the movement? Are they using their skills and perspective to support non-profits? Maybe they are absorbed into the academic world or non-profit industrial complex and never look back. White folks have the ability to remove ourselves from this work in ways that people of color cannot. This is one of the privileges that we hold that allows us to escape if it gets too difficult (learn more). This could be another reason why there is a lack of visible and accessible white, social justice activists engaged in the movement.

After listening to a “Jews and the Civil Rights Movement” webinar with Dr. Judith Rosenbaum of the Jewish Women’s Archive, I exclaimed – probably too loudly – over the walls of my cubicle, “I need to connect with this woman!” Judith’s broad base of knowledge and commitment to lifting up the stories of Jewish social justice activists got me thinking that maybe she knew even more of our community’s history (and future) than what she shared in her presentation. Maybe Dr. Rosenbaum, who is the Director of Public History at the Jewish Women’s Archive, knows something I don’t. Maybe Dr. Rosenbaum and her colleagues have the answers to my questions.

It turns out, role models abound amongst the many white, Jewish activists involved in the  civil rights movement. The fact that many of these activists who were integral to supporting and building solidarity in the Civil Rights Movement were also women also holds a great deal of significance for me; women like Polly Cowan and her colleague Dorothy Height who created the Wednesdays in Mississippi initiative, and Rita Schwerner who brought to light the KKK’s kidnapping of her husband and two other racial justice activists. Often times we do not see women at the forefront of activist movements, except if it is about reproductive health and access. To learn that the prominent Jewish activists that were showcased in this presentation were all women gave me hope that women from all walks of life have a fierce history to draw upon that will inspire them to keep fighting.

We spend much of our lives searching for people to look up to, to inspire our growth and challenge us to move forward. I’m hoping that through connecting with people like Dr. Rosenbaum and asking her how she thrives in this work, who her role models are and how she prevents burnout, I can find the answers to my nagging questions

Who are your white, Jewish, social justice role models? They could be closer than you think.

Emily Saltzman is a sex-positive social worker that currently supports an inspiring team of parent peer-educators that facilitate workshops for other parents on how to talk about sexuality with their children. Emily also has co-facilitated workshops covering topics such as LGBTQ cultural competency, enthusiastic consent and communication in relationships and progressive sexuality education. As a former intern and current steering committee member of the Undoing Racism Internship Project, Emily has supported anti-racist efforts through student organizing and co-facilitated workshops on white privilege and allyship. During her AVODAH corps year,  she served as the Community Organizing Coordinator at Gay Men’s Health Crisis in New York City.

2 Responses to Where Are You? Searching for our Social Justice Role Models