A few months ago, I met a man named Carlos. Although Carlos was a client at the National Immigrant Justice Center, and we had spoken numerous times on the phone, I hadn’t met him in person before because he had been detained in immigration custody for eleven months. Carlos was applying for protection based relief in the US because he was afraid to return to El Salvador, where his small taxi business had made him a target for extortion by the gangs that effectively rule the country. They had kidnapped him and tortured him before releasing him on the demand that he pay $150 dollars a week–an exorbitant fee for anyone in El Salvador. Faced with this impossible situation, Carlos took his wife and children and fled to the United States. Carlos has never been convicted of a crime in his life, but because he had tried to enter the US nearly ten years ago without a visa, this time he was placed in mandatory custody and prohibited from applying for asylum. His wife and children were paroled into the United States to await their own trial.

With NIJC’s legal advocacy, Carlos finally won relief in the United States and I was asked to go pick him up from detention and walk him over to our office. There was that brief moment of recognition where you finally meet the person on the other line of the phone and we embraced, smiling. He was wearing a gray sweatsuit and carried a plastic bag containing all of his possessions. We walked together out of the glass doors and into the sunlight – it was a shockingly warm day for March in Chicago – and he took a breath of air as a free man, the first in eleven months. I can never forget the gratitude on his face, the relief, as the sun hit his skin and he turned his head up to the sky in awe and couldn’t stop laughing, saying “Thank God, thank God, thank God.” 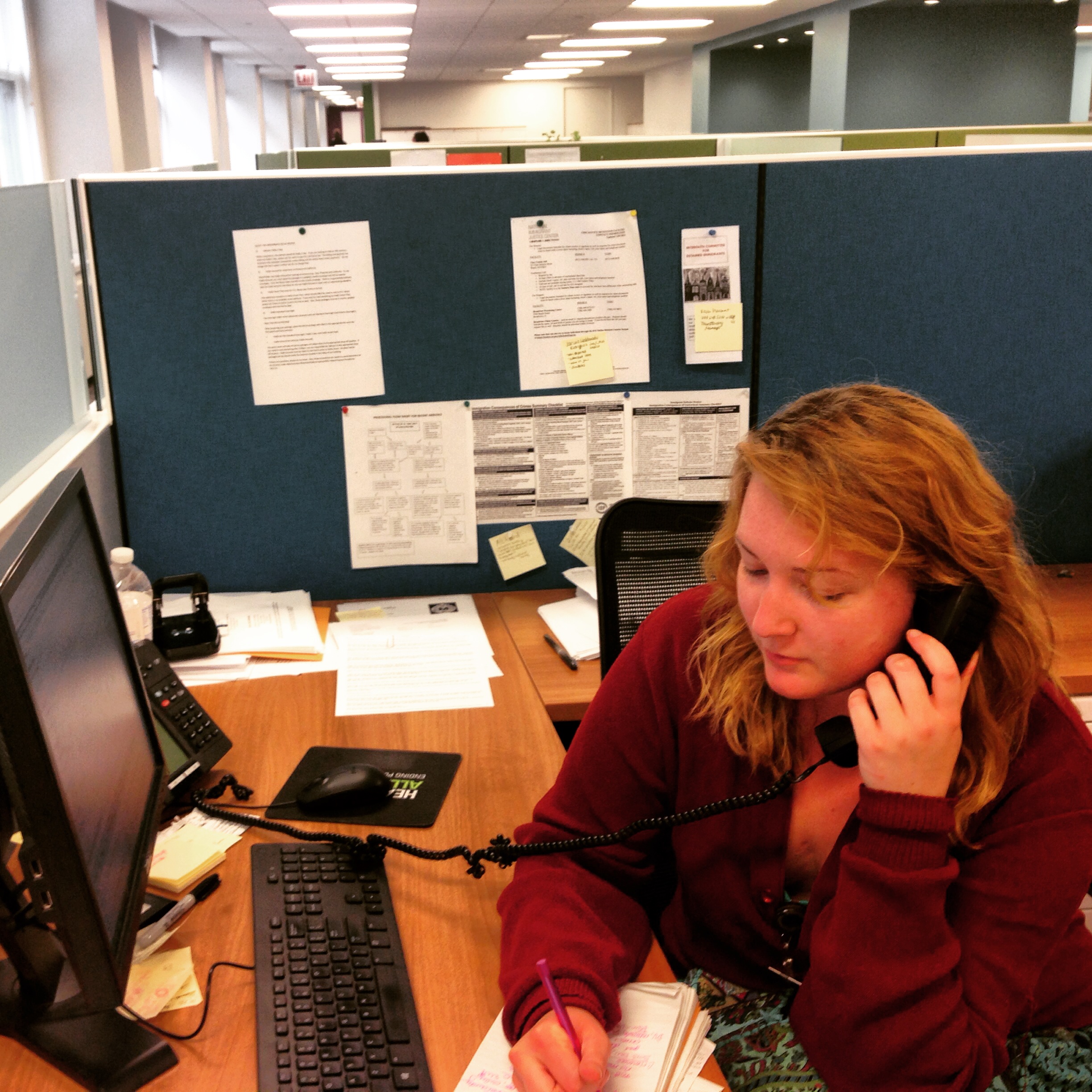 Carlos had eleven months of his life stolen from him, eleven months without his children and his wife. It makes me think about how much can be done in eleven months, how much a person can grow and change and love in that amount of time. AVODAH is an 11-month-long program, and it has been an eye-opening, at times heart wrenching ride as I and my fifteen housemates have begun to understand what it means to live our values.

I think that this is the year I learned what service really means. When I was 19, I went to India to teach English to Tibetan refugees, and I remember my grandfather frowning in disagreement, saying “Why do you have to fly across the world to help people? People need help right here, why can’t you help them?” And I had thought to myself, because that is boring. Because that is not romantic and not adventurous. And yes, I learned a lot in India, about the world and myself, but teaching classes once a day while attendance ebbed and flowed with the rains, with no experience, no curriculum, and no guidance? I didn’t learn a lot about service.

As I’ve learned this year, service is decidedly not romantic. Service is waking up every morning in the Chicago winter to take the same train to the same office because there are clients that are counting on you. Service is struggling through a learning curve where the systems and vocabularies and procedures are new but must be learned in order to be effective at your job.  Service is sometimes paperwork. Service can be thankless and uncomfortable, and as some of my housemates have learned, smelly. For all of us, service is about relationships, taking time to hear people’s stories. All of this takes time and it takes training and it takes commitment. Service is, above all, a commitment.

My work, and the work of most of my housemates, is micro-level. We work with individuals, and we often work within systems that are broken and create impediments for our clients; sometimes this can feel very discouraging, the feeling that injustice is institutionalized in this country, that there is just so much to be done, that needs to change. But none of us would be able to do our jobs alone. Each small victory that we have witnessed this year is the work of many people who are dedicated to this fight.

AVODAH has given us an opportunity to learn what it takes to effect real change. It’s shown us what can be accomplished when we work together, what is possible when a group of people decides that the status quo is unacceptable and rolls up their sleeves and starts chipping away at that block. It has allowed us to perform our service supported by a Jewish community, encouraging us to think about what place social justice has in our Judaism, or what place Judaism has in our fight for social justice. That answer may be different for everyone, but I know that for all of us, the two are inexorably linked. I feel profoundly grateful to have been allowed to grow this year surrounded by fifteen smart, compassionate, and questioning people who I truly believe to be the future of the Jewish community. Whatever career paths we all take, I know that service will always be a part of us.

When Carlos was released and felt the sun on his face, he uttered a simple and pure prayer: “Thank God.”

Last Friday, during our final sadna, or day-long workshop, we talked about prayer and its different forms. It was Rabbi Abraham Joshua Heschel who said of marching for civil rights alongside Martin Luther King, that he was “praying with his feet.” AVODAH has given us eleven months to worship with our hands, to live our questions, to embody our values. And indeed, this program is the definition of it’s name, the Hebrew word which means to worship, to work, and to serve.

Gavriela Geller is a current corps member in Chicago at the National Immigrant Justice Center, where she works as a paralegal with adults detained in immigration custody as well as with LGBT people seeking protection in the US.