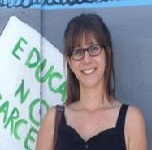 “Until we are all free, we are none of us free,” declared Emma Lazarus, responding to the anti-Semitic pogroms sweeping Eastern Europe in the 1800s.  A century later, the Reverend Dr. Martin Luther King Jr., in his fight for civil rights, preached, “No one is free until we are all free.”  This message resonates today, as our country recoils from the fact that George Zimmerman will face no criminal penalty under Florida state law even though he indisputably killed an unarmed young black man who was walking home from the 7-11.

There are so many things to say about the tragedy of the Trayvon Martin case.  We can (and should) talk about the senselessness of Trayvon’s death.  We can (and should) talk about the context – the access to guns, the laws that protect people with property by privileging them to use deadly force to protect it, the mass incarceration and disenfranchisement of a tenth of our country’s population, and the related structural racism that this one young man’s murder and the resulting trial exposed for the world to see.  While senseless in many ways, we should talk about how this murder and Zimmerman’s acquittal fit too neatly into a pattern of racism that kills so many black boys, black men, black people, and other people of color still today  – even when we have a black president, even when our country is purportedly so healed and racially progressive that the Supreme Court recently decided to eradicate voting protections.  We can talk about our collective guilt, our collective pain, and our collective horror.  The collective question of where to go next.  And perhaps we can find wisdom in the message of collective responsibility.  None of us are free until all of us are free.

I like to talk about things in the collective.  One of the things I value the most about Judaism as a religion and a culture is the importance of community.   We are commanded to pray together, we traditionally join together for holiday feasts, and many of the mitzvot cannot be fulfilled alone.  My favorite parts of my own Jewish identity are also linked to that feeling of community – coming together with family and friends to light candles, to cook and eat food, to support one another in times of hardship, to organize, to rally, to protest, and to fight for a more just world.  Often, for those of us Jews in America who do not also identify as people of color, we can fight best by allying ourselves with those individuals and communities central to such struggles.

Trayvon’s death is one such opportunity to ally with movements for a radical restructuring of our society.  The slogan “We are Trayvon Martin” has taken off as a message of unity, although it has also received a fair amount of distancing from some white folks.  To me, “We are Trayvon Martin” means that we are all implicated and we are all impacted.  We speak out and stand unified in our struggle against the systems that will not free any of us until we all shake off the yoke of racism and hierarchy.  Of course, those individuals who are people of color or poor or trans or performatively queer or otherwise marginalized will feel the violent force of hegemonic structural oppression more than, say, I will.  But “We are Trayvon” does not necessarily obscure that truth.  Thousands of protestors are mobilizing to take action across the country, and, as I learned at the AVODAH alumni retreat, power lies in collective action and unity.  The day after the verdict came down, I was privileged to march with hundreds of other D.C. residents, chanting “We will not forget Trayvon” and “No Justice No Peace” as we walked from Malcolm X Park all the way down U Street (formerly termed “Black Broadway”) to Howard University.  The energy and emotion was palpable, and change felt possible.  Imminent, even.  It was powerful.

As we marched, I also heard a lot of folks chanting “Never Again” which brings me back to Emma Lazarus and Reverend Dr. Martin Luther King Jr.  As Jews, we have a collective memory of persecution, even though many of us do not regularly experience such oppression in our daily lives here in the United States.  We know about extrajudicial massacre, about mass expulsion and dehumanization, about the cooptation of legal systems to justify our subjugation. We cannot ignore the obligation to step up and take action.  We know that no one is free until everyone is free.

So let us take this time to use our collective memory, our collective anger, our collective sorrow, and channel our collective power into action.  For those of us who do not identify as people of color, let’s acknowledge our whiteness but not let white guilt stymie our potential.  Instead, we can be thoughtful about how we can ally ourselves with the movements that we recognize as important.  Showing Up for Racial Justice (showingupforracialjustice.org), an organization founded by white people to ally themselves against racial violence and injustice, has created a Justice for Trayvon toolkit that you might find useful.  Connect to local grassroots groups in your community that are founded by and led by people of color, and ask them how you might best ally yourself with them.  Use the AVODAH Alumni community to organize and connect around this issue and wider issues of racial justice.  Have conversations with people you trust and challenge people who think this doesn’t affect them or impact their lives.  We must always remember Trayvon Martin, and work towards Never Again.

Elana is from Wynnewood, PA and is a graduate of Wesleyan University, where she received her BA in African American Studies.  She recently finished her law degree at Georgetown University Law Center with a certificate in Refugee and Humanitarian Studies, focusing on immigrant rights and juvenile justice.  She will begin working at Duane Morris LLP in Philadelphia while attempting to found a juvenile advocacy nonprofit this fall after she takes the Pennsylvania and New Jersey bar examinations.