We Were Slaves: Preventing Sexual Exploitation in Chicago

At the first delegate assembly for the League for Jewish Women Bertha Pappenheim said, “Under Jewish law a women is not an individual, not a personality; she is only judged and recognized as a sexual being.” It was 1907, and Pappenheim was fighting for women’s equality in Jewish-German communities. In particular, she sought to mobilize Jews to alleviate the economic and social factors that created the conditions for prostitution and sex trafficking in Eastern Europe and the Middle East. Today, the Chicago Alliance Against Sexual Exploitation (CAASE) carries on Pappenheim’s mission through addressing the culture, institutions and individuals that contribute to or benefit from sexual exploitation.

Rachel Durchslag, CAASE’s Executive Director, became interested in human trafficking after seeing Lana’s Rain, a film that depicts one woman’s experience being forced into prostitution. At the time it impacted her enough to travel to Thailand and India to learn more about trafficking’s causes and effects. “I thought I would find wounded, broken people, but these women were the strongest and most hopeful,” Durchslag says, “they embodied the human capacity to survive and thrive.”

Durchslag founded CAASE to combat the sex trade industry’s domestic demands. The organization’s layered approach includes the country’s first sexual exploitation prevention curriculum for boys. In these all male spaces, students reconsider cultural messages about masculinity and are encouraged to take action to end sexual assault. For example, they learn to challenge the language they use and hear, such the phrase “that’s so pimp.” Additionally, CAASE offers free legal counsel for sexual assault survivors, engages the community through lectures and the arts, and spearheads policy reform to provide support networks for prostituted and trafficked people.

CAASE’s greatest obstacle is in shifting public opinion. “There are so many people invested in sex trade misconceptions – people get really angry about it,” Durchslag says. Opponents often argue that trafficking and prostitution is all choice and that it’s always between consenting adults. Durchslag counters those claims with information about the perceived lack of survival options for prostituted women and the frequent violence in their relationships. According to Durchslag, this ongoing public debate stalls the movement in raising awareness, rather than taking action.

For those who are ready to act in ending sexual exploitation, Durchslag recommends supporting work that is already in motion rather than starting from scratch. As the high school boys teach us, this begins with countering the problematic language and misconceptions we hear daily. And as CAASE’s holistic model teaches us, this also means addressing the issue’s causes alongside its effects, and pairing direct service with political advocacy to effect sustainable change. 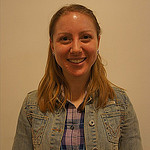 Tova Markenson spent four wonderful years at Carleton College wrapped in the worlds of literature, ultimate frisbee and sustainable living. She is thrilled to be back on the East Coast as an AVODAH corps member at New York Legal Assistance Group! While her ties to Western Massachusetts are impermeable, she hopes to one day consider herself a “New Yorker.” She dreams of telling stories to create positive social change, and of brewing the perfect cup of dark roast coffee.