Supporting Survivors of Violence: A conversation with Kelsey Saragnese

In honor of Sexual Assault Awareness Month, we spoke with Avodah Fellowship 2018-2019 alumna Kelsey Saragnese about her work in the field of violence prevention. 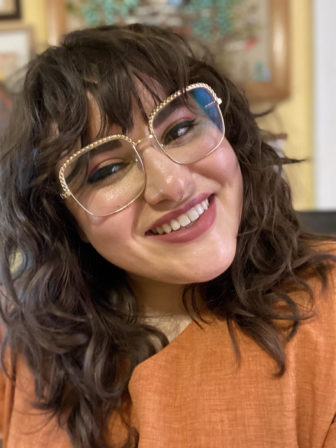 A fervent advocate for violence prevention, Kelsey Saragnese has dedicated her career to helping people understand how to support and empower survivors of interpersonal, domestic and sexual violence.

Her passion for human rights dates back to childhood, but it wasn’t until college that she was exposed to the complexities of oppression and social justice. She attended University of Missouri and worked in a resource center that sought to shift the campus culture around issues of violence and justice. Kelsey felt pulled toward facilitating dialogues and working with people on culture change.

“It lit a spark for me. I was always really passionate about issues that predominantly affect women, girls, and queer and trans people. As a kid I was interested in human rights issues but never had the perspective of seeing how violence and oppression was affecting my own community. A lot of people in my personal life have been affected by domestic or interpersonal violence. I came to understand the intersecting systems that create conditions for poverty, suffering and violence.”

Kelsey graduated with a degree in women’s and gender studies and relocated to Kansas City. She has been able to carry on her passion for anti-violence and social justice work into her career, and now does education and prevention at a rape crisis center. The job isn’t easy, but she says two things keep her going: the women, queer, and trans people who did this work before her and the next generation of leaders she gets to work with. She likens it to a quote from Alice Walker, who said, “Activism is the rent I pay to live on this planet.”

Kelsey works with youth, primarily middle and high school students, who inspire and motivate her. The language and skills that they have, compared to where she feels she was at as a high schooler herself, makes her hopeful for the future. The youth she works with want people to be safe and authentically themselves, and Kelsey offers them a space where they can be those things.

“People come in with all sorts of backgrounds, experiences, beliefs and ideas. Sometimes we just scratch the surface of what violence is. Sometimes, people are grappling with complicated questions. ‘What does it mean if the world isn’t a safe place?’ ‘What does it mean if they have to challenge things they learned from other people?’ Do they trust me enough to challenge those ideas? I try to have a really authentic conversation.”

Recently, many of the conversations have centered on police brutality. There is a history of white Americans falsely accusing men of color, particularly Black men, of violence, leading to violence against them and wrongful charges. According to the National Registry of Exonerations, innocent Black people are seven times more likely to be wrongfully convicted of murder than innocent white people. Kelsey helps her audience navigate those conversations and struggle with what it means to believe survivors in a flawed system.

When asked how people can support survivors of interpersonal, domestic and sexual violence, Kelsey has one key piece of advice — listen.

“Listen authentically without questioning, without judging, without wanting to jump in and save the day and offer a solution. Let them know they can trust you. So often, even the most well intentioned people — when we hear someone important to us has been hurt — we want to fix it. The most important thing to remember is the person who’s been in that situation, their power has been taken away. The agency over their own body and life wasn’t important to that person who was hurting them. We can put that power back in their hands by really hearing them.”

She understands that talking about sexual violence can feel really taboo and scary. She wants people to know that an experience of violence does not define who somebody is.

“It doesn’t mean that person is broken, it doesn’t mean that person won’t be able to heal, that they’re not whole. We might feel like we have to tiptoe around the idea that people have been hurt but a huge part of the healing process for a lot of folks is reclaiming their narrative. ‘This is something that happened and this is what happens next.’”