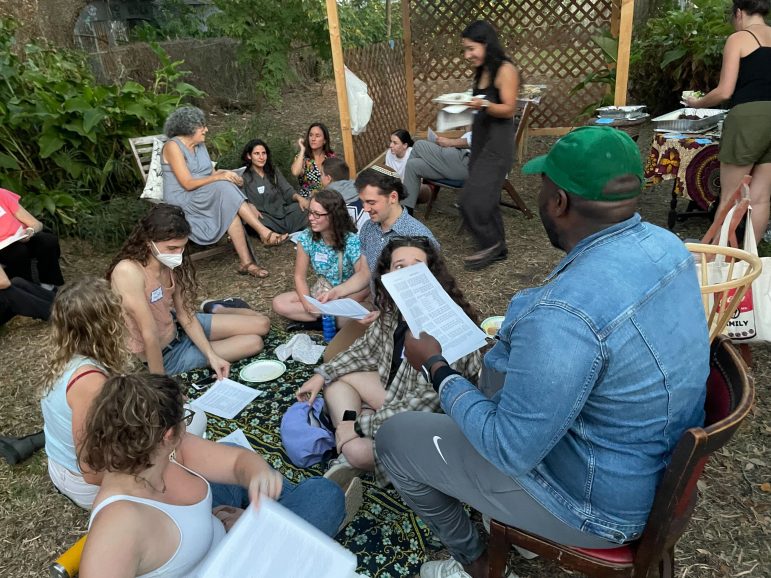 Avodah New Orleans held its first in-person event in two years during Sukkot, gathering in the Sukkah at the home of Avodah Alum Dana Keren, and learning from longtime placement organization, The First 72+, whose mission is to stop the cycle of incarceration by fostering independence and self-sustainability through education, stable and secure housing and employment, health care, and community engagement.

Until recently, New Orleans held the highest incarceration rate in the nation, which today remains at nearly double the national average. Over dinner in the Sukkah, Avodah Corps Members heard from Pastor Tyrone Smith, one of the founders of The First 72+, as well as Darrell Miles, who was recently released after serving 42.5 years at Louisiana State Penitentiary, also known as Angola (the largest maximum-security prison in the United States) for a crime he didn’t commit. Darrell was finally exonerated in October 2021.

The Corps Members learned the history of the Angola prison, which is rooted in slavery, having been originally four plantations that were combined and turned into a prison after the Civil War. It is still known as Angola today since many who were enslaved there had been taken from the Southern African nation and sold to white slaveholders in Louisiana. 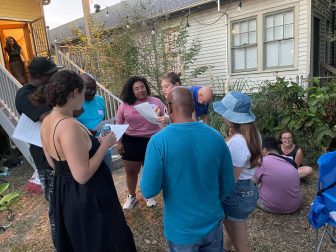 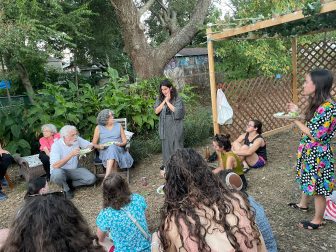 In a session led by New Orleans Program Director Shosh Madick, the Corps Members discussed the Jewish themes of Sukkot, offering a unique opportunity to pause and reflect on what is and isn’t permanent – and to consider how our societal structures, such as prisons and incarceration systems, can be reimagined, shifted, and changed.

Avodah alumna and former staffer, Alysse Fuchs, talked about community-driven efforts to help families impacted by Louisiana’s incarceration system, including NOLA to Angola, a charitable bike ride that raises funds to provide bus transportation for families of those incarcerated. This free service makes it possible for families to make the 170-mile commute between New Orleans and the Louisiana State Penitentiary. The First 72+ is also one of the fundraiser’s recipients.

With such long distances between families in New Orleans and their loved ones in Angola, the goal of the free bus transportation is to unify families and help keep them together. Chad Sanders, co-director of The First 72+ shared about a man in Angola whose mother had passed away and how the free bus transportation would allow that individual to be present at her funeral. “Together we can change the landscape of this world,” Chad said.

After shaking the lulav and etrog and sharing holiday blessings, the attendees took the time to write out what permanent ideas and structures they want to bring forward. Peace, radical love, and liberation were just a few of the notes pinned on the sukkah. 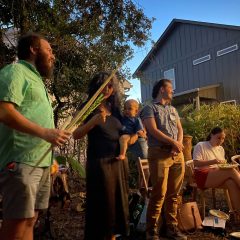 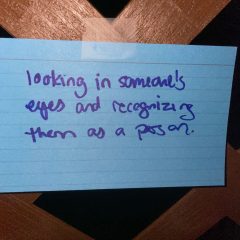 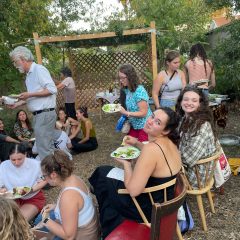 To learn more about NOLA to Angola, click here. And watch this video to hear more about The First 72+ and Avodah’s relationship and work together.