Posted on October 1, 2021 by Marissa Smith-Kenny 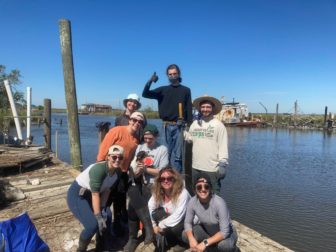 Just as our newest New Orleans Corps Members were embarking on their trip to the Avodah bayit (home), Hurricane Ida, the second-most damaging hurricane to strike Louisiana on record, touched down in the region. While the storm delayed the Corps Members’ travel, their service efforts were just getting started. 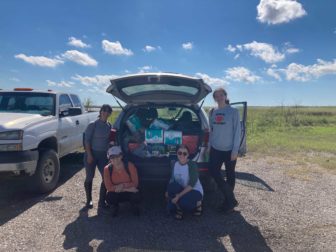 Thanks to generous donations from this community, our NOLA cohort was able to spend the following days collecting first aid kits, gloves, paper towels, rakes, diapers, food, batteries, tools, and other necessary supplies that had run scarce in the affected region. And, thanks to the efforts of the Lowlander Center, our Corps Members were able to donate these needed supplies to the Grand Bayou community, one of the most remote tribal communities located in the southern reaches of the Plaquemines Parish in Louisiana.
Our Corps Members traveled by boat to the village, as it is one of the rare tribal communities only accessible by water transport. In addition to donating supplies, the Corps Members spent the day volunteering in the village, with guidance from a community elder. With rakes and shovels in hand, they worked to repair the village churchyard that had been badly damaged by the storm. 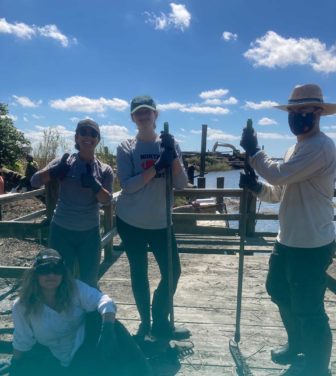 Avodah was one of the first volunteer groups to assist the tribal community, which has lived on and stewarded the Grand Bayou wetlands since before New Orleans was even called “New Orleans.” We are so grateful to each and every person who donated to these efforts!
To support this continued work, please consider giving to the Lowlander Center Hurricane Ida Response
Fund here.
Subscribe to Avodah’s newsletter to get stories like this sent straight to your inbox.