Benetta Mansfield has served on AVODAH’s national board for three years and will assume the Chair on April 1.  We sat down with Benetta to learn a bit more about her. 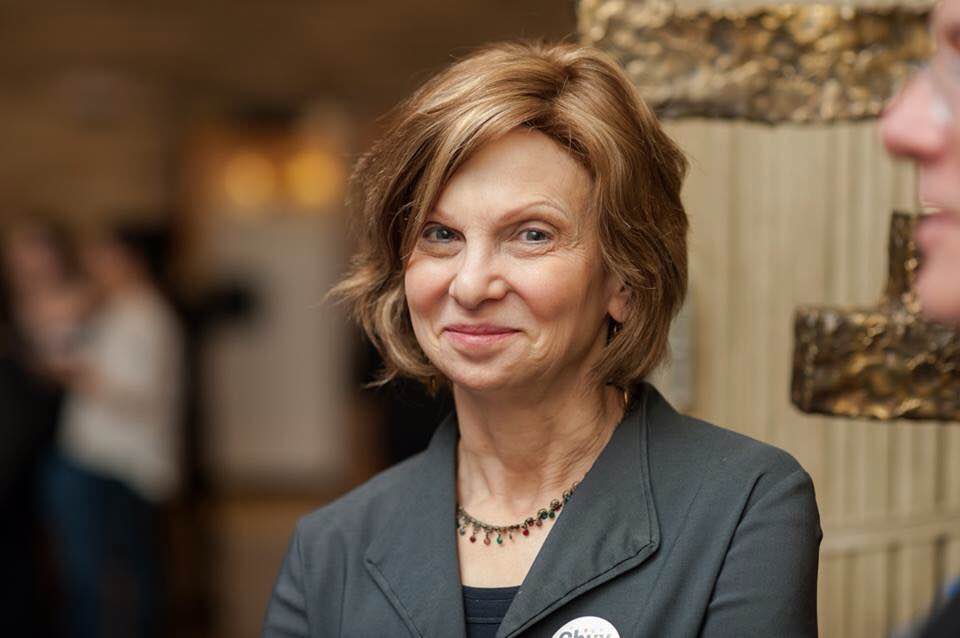 How did you become interested in AVODAH? When I moved to Chicago five years ago, I decided to retire after spending 30 years as a union-side labor lawyer in Washington, DC. I was seeking out volunteer opportunities in Chicago that fulfilled my keen interest in social justice. I knew (former AVODAH Executive Director) Marilyn Sneiderman because we had both worked for many years in the labor movement. She happened to be in Chicago for a meeting and we met for coffee. She told me about AVODAH and was very convincing in soliciting my involvement. I decided to learn more about it, so I joined the Chicago Advisory Council and shortly after that I joined the national board. I have not regretted that decision for even a moment.

Why AVODAH? Interesting question. I think it is because AVODAH brings together my interest in seeking justice and my increasing awareness that it is important for me to do this within a Jewish framework. I appreciate that we are creating this national movement of young leaders who care about poverty and social justice. While AVODAH operates in four cities, our alumni are active and involved all over the country – making a measurable difference in people’s lives. AVODAH has also connected me with my Jewish identity in a deeper way. I have learned so much from the corps members and alumni in Chicago. I love to hear them relate Jewish text to their work.

How do you view your Jewish and social justice identities? I grew up in a family of activists, but I also grew up in a very secular Jewish family. We fought for civil rights and marched against the war in Vietnam. Pursuing social justice was a natural for me, but Judaism – and its relationship to social justice – was not. My first real experience in connecting these identities came through my daughter Briana’s participation during high school in Operation Understanding DC. OUDC brings together African-American and Jewish high school students to study the civil rights movement and the history of Jews in America. I found OUDC’s work inspiring and this led me to join the OUDC board and eventually to serve as President of the board. While I am not sure that this led me straight to AVODAH, it certainly makes sense that it was a next natural step. AVODAH fascinates me: it seems that for many AVODAH participants, their Judaism leads them to pursue social justice. For me, it has really been the reverse, my lifelong pursuit of social justice has led me to understand its connection to Judaism.

Tell us a bit about your career.  I spent 30 years as a union-side labor lawyer in Washington, DC.  I firmly believe in justice, fair wages and working conditions for all workers. Early in my career, I worked for the National Labor Relations Board and then as in-house counsel to a labor union. I was later appointed by a federal judge to run the election of officers of the Teamsters Union. After that I was Chief of Staff of a federal agency, the National Mediation Board. During my final five years in Washington, I was the Chief of Staff of a labor union. While I am officially retired, I still am working all the time. I am Vice President of ARISE Chicago, an interfaith worker justice organization, and additionally, my husband Kalman and I are active in many causes in Chicago – not to mention the great deal of time I spend working on AVODAH. I really look forward to being the Board Chair and I am grateful for this opportunity.

What are your hopes and dreams for the future of AVODAH? Well, first, let me say I treasure the AVODAH staff. I am so excited to work with Cheryl Cook and the entire staff to grow our brand.  I foresee a day when “AVODAH” will be the first word out of a person’s mouth when we ask about Jewish social justice. I want us to be the “go-to” place for young Jews seeking to become leaders of social justice initiatives, organizations and causes. And since I recognize I am beginning my tenure just before Passover, I’d also like to wish everyone a Happy Passover.