Michal Rosenoer was born and raised in the San Francisco Bay Area. She graduated from UC Berkeley with a BS in Environmental Politics and International Development in May of 2010. When she’s not leading volunteer groups for Behrend Builders at the DC JCC, she can be found teaching kids how to backpack, studying urban beekeeping, and advocating for local food justice.

This post originally appeared on The Blog at 16th and Q, the blog of the DC JCC, here. 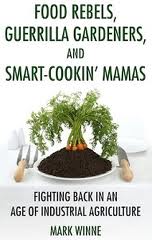 “What is a food democracy, and why do we need one?” This was the central question of the panel discussion entitled “How Good Food Makes a Difference” that took place at the Goethe-Institut (in cooperation with the Heinrich Boll Foundation) on Wednesday evening. The speakers, Tanja Busse* and Mark Winne**, both ardent food activists and authors of best-selling books about food justice issues in Germany and America respectively, gave more than a few good responses to these questions, emphasizing the connections between health, community, citizenry, and consumerism in light of our current food system. This conversation about health and food isn’t new to the Jewish community however; for the last few decades, Jews the world over have been making connections between food, social justice, and Jewish law in novel and meaningful ways.

But before we delve into the Jewish side of things, let’s talk terms. First, what is a “food democracy?” According to Busse, in a food democracy, all community members regardless of socioeconomic status, race, gender, or age, would be involved in the decision-making processes that govern local food systems. This means not only having access to political decision-making processes, but also having access to the knowledge about our greater global agricultural system, federal subsidies, and structural inequalities that have shaped the sorry state of health and access in our communities today. Instead of a democracy, Busse claimed, we currently have a “food dictatorship” in which just a handful of biotech, oil, and Big Ag companies have the power and the pockets deep enough to make decisions about what and how the world eats. This is a problem, the authors claim, because these corporations are more concerned with their bottom lines than they are with either environmental sustainability or human rights.

So what are people doing about it? Well, lots of things. First, grassroots food justice movements have sprung up all over the world in the last few decades calling for a more just, equitable, and transparent food system. Both local and international, programs like the Campesino y Campesino movement in South America and the DC Farm to School program here in the district are working to change the way we engage with food on a daily basis in the hopes of creating real change. From the Jewish side, programs like Adamah, a Jewish land-based 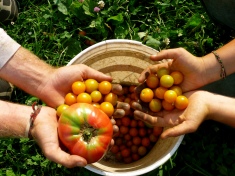 organic farming program is teaching young Jews how to engage with their food and the environment in a religious context. Likewise, Hazon is organizing Jews to create more environmentally friendly and just communities, which includes advocating for better food access and more local production. At the JCC, my AVODAH placement, we also offer programs like Hunger Action and our Spring into Action annual Day of Service that affords volunteers the opportunity to engage with local environmental and hunger issues.

Busse and Winne also offered some small, concrete steps for individuals looking to help create change around food issues. For instance, Winne’s mantra is to “get your hands in the soil, vegetables on the chopping block, and voices down to city hall.” Winne believes that to create large-scale change, we first must re-introduce intimacy into our personal relationships with food. For example, kids need to be exposed to gardens, healthy food options, and real cooking at home and in school so they value real food, not just the “food” served cheap and fast at their local Burger King. Likewise, Winne advocates for getting together with your friends and family and just talking about food – what do we want from our local food systems? What isn’t working? How can we make it better? Asking those questions is the first step to doing something about it. Similarly, Busse thinks that we need to take a critical eye with us to the grocery store; if you read the labels on the back of your Froot Loops and don’t know what “pink berry flavoring” is, call or email the company and ask for an explanation. It’s your right as a consumer and a citizen, Busse argues, to ask those questions and to make your voice heard.

It’s not only your right, but also your responsibility, in Judaism, to engage with these issues. Jewish law implores that we remember that we were once slaves in the land of Egypt; thus, it is our responsibility to help those struggling the best that we can. So even if you don’t think you are being affected by food issues, get out and volunteer to help others, teach your children to cook, or even just visit a local farmers market. Little steps make a big difference, and starting to think about it is where real change begins. 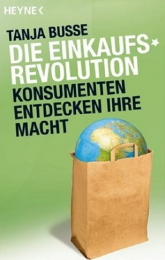 *Tanjua Busse is a freelance journalist for Die Zeit and Germany’s Greenpeace Magazine. She is also author of the German non-fiction bestseller Die Einkaufsrevolution (2006) dealing with political consumerism, agriculture, and scandals in the food industry.

** Mark Winne is the former executive director of the Hartford Food System and author of the acclaimed Food Rebels, Guerilla Gardeners, and Smart Cookin’ Mamas: Fighting Back in an Age of Industrial Agriculture (2010) which challenges us to go beyond eating local food to becoming part of a larger call for a sustainable and intimate food system and culture.