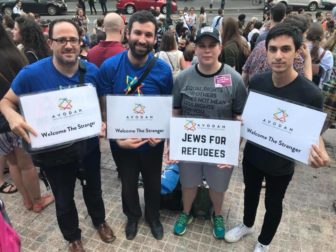 On Tuesday, Avodah’s Executive Director Cheryl Cook and Deputy Director Steve Bocknek will arrive at the US/Mexican border with a cohort of leaders from Jewish organizations, organized by HIAS and the ADL, to bear witness firsthand to the human suffering taking place in our broken immigration system.

Avodah’s executive leadership will visit migrant shelters, meet with American and Mexican government officials and hear first-hand from asylum seekers at the border in San Diego and Tijuana.

With this visit, Avodah is standing united with Jewish organizations to call for moral and humane immigration policies. Unfortunately, as Jews, we are well aware of the consequences of racist and xenophobic immigration policies. It wasn’t long ago when many of our own family members were denied safe refuge in the United States. There are many instances over the course of American history when bigoted policies resulted in shameful discrimination and abuse — whether it be slavery, immigration quotas, or Japanese internment camps. Many of us would like to believe we would have spoken out and stood up against those policies. Now is the time to be on the right side of history and say never again will bigotry and xenophobia be our rule of law.

This visit builds on the work Avodah does every day, supporting our partners in the front lines of immigration and 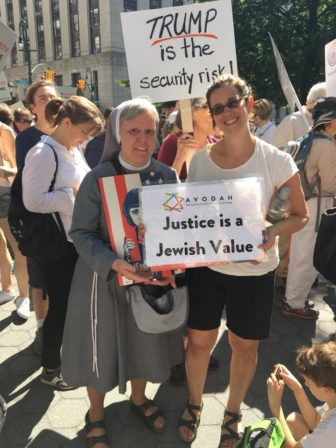 refugee work. Just a few weeks ago, Avodah’s Rabbi-in-Residence Danya Ruttenberg spent the day at a federal detention center with Avodah’s placement the National Immigrant Justice Center (NIJC), where three of our Corps Members worked this year. There, she met with 30 individuals, many of whom were denied asylum despite having a legitimate claim and others who had their lawful permanent resident status stripped for unjust reasons. Others had agreed to be deported and were nonetheless still trapped in detention.

“Each one of the people I met that day is created in God’s image, as holy as all of us. For daring to want to live here, for seeking the safety to which all people are entitled, they are now under state control. We as a country must do better.  And I’m proud that Avodah partners with the organizations leading the way,” Rabbi Ruttenberg said.

In visiting the border this week, we call for a united and humane end to these unjust practices.

Here’s what you can do: