Assimilation Helps us to Grow: Thanksgivukkah, Menurkeys, and Our Expanding Community

This was adapted from a speech that Jenn recently gave at an AVODAH NYC Hanukkah party. 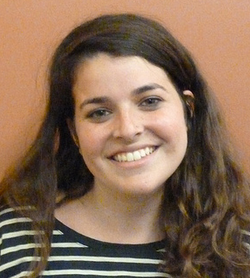 In case you missed the articles on Buzzfeed and the pictures of “Menurkeys” that flooded Instagram and Twitter this year, Thanksgiving and Hanukkah coincided and a new hybrid holiday, “Thanksgivukkah,” was born. This has not happened since 1888 and will not happen again for another 76,000 years.

This once in a lifetime hybrid holiday proved to be a marketing goldmine. Dana Gitell, a woman from my beloved home state of Massachusetts, trademarked the term last spring when she realized the two holidays would converge. Online retailers quickly followed suit making t-shirts that read “Thanksgivukkah 2013: eight days of light, liberty, and latkes.” In response many Jewish leaders accused Jews who were caught up in the Thanksgivukkah frenzy of assimilating. While there is much to be said about the tragedy of consumerism invading religious holidays, the assimilation criticism deserves a little examination. For some, the idea of Jews mixing Hanukkah and Thanksgiving seemed to interfere with the marking of difference, with the setting aside of the Jewish people as separate.

Perhaps ironically, the story of Hanukkah has the question of assimilation at the center. The story at least as most Jews are taught goes that the Hellenized Jews, who had accepted Greek practices and began to assimilate fought against the mighty Maccabees, warriors who refused to give up an inch of their Jewish culture. Miraculously, the Maccabees were victorious and rededicated the temple that had been desecrated by the Greeks.

Rabbi Michael Bernstein tells a slightly different story. Bernstein argues that Hanukkah as a is not an example of Jewish purism triumphing over assimilation but of Greek and Jewish cultures melding. Bernstein argues that there is evidence that the decision to celebrate the 8 day miracle oil by kindling lights might have been inspired by the Greco-Roman festival of Saturnalia, in which candles are lit to beckon the sun. Even if you don’t find Bernstein’s example persuasive (he has others, but they are little too academic for my current temperament) as a student of religion I remain constantly skeptical of the idea that there is such thing as an “authentic” version of a religion. When we tell a story about the good old days of authentic Judaism, we create in that moment a new version of Judaism strung together by our own words and fresh imaginations. The search for Jewish purity is impossible and I would argue counter-productive.

As soon as I arrived home for Thanksgiving or shall I say “Thanksgivukkah,” my mom declared that some of our non-Jewish friends had called begging for a place to celebrate Hanukkah. “I guess I should make latkes and like actually do this,”  my mom declared sheepishly. The irony was not lost on me. Had our friends not been back home for Thanksgiving and in the mood for some Hanukkah fun, we probably wouldn’t have put in the effort of making latkes and buying gelt and cooking a festive meal. However, faced with the burden of presenting our culture to others, we pulled out all the stops.

Judaism is created through interactions with others. Hanukkah, like all aspects of Judaism, is an artifact of the various hands it touched, Greek and Jewish alike. Assimilation is thus not only beyond our control, but the force which accounts for the rich and changing fabric we call Judaism.

One of the many joys of my placement at the Red Hook Community Justice Center is the opportunity to refer clients to fellow Avodahniks. One particular client, who we shall call Jean, had been arrested for stealing food from a supermarket and was mandated to three case management sessions with me in order to resolve her case. Jean burst into tears at my desk, telling me how ashamed she was that she had resorted to stealing. Her SNAP benefits had been cut off and she had no job and no way to pay for food. As a treatment court and not an employment resource center, our  job placement contacts were limited. When I found out Jean lived in Crown Heights, a lightbulb went off that this was a case for Kira, my roommate, who works at the Crown Heights Community Mediation Center.

For the next few weeks Jean shuffled back in forth between Kira and I, appearing happier and stronger with every passing moment. I worked with Jean to process her involvement with the criminal justice system and helped her deal with her inability to make rent , not surprisingly by referring her to another AVODAH placement, the New York Legal Assistance Group, where four Avodahniks work. Meanwhile, Kira worked tirelessly to find Jean a job. At the end of her time with us Jean found out that Kira and I were roommates. She began to laugh heartily and declared emphatically “God is Great. God bless both your families.”

In these moments, I think the boundaries of the intentional and spiritual AVODAH community that we describe as Jewish begin to stretch and become something bigger. Through interaction with our non-Jewish clients, our community grows heartier, shaped by the warmth and experiences of those who pass through our collective hands. The Judaism we associate with communal Shabbats and kosher kitchens stretches to include those moments when together as Avodahniks, we are able to touch others and bring them into the warmth of our community.

May your Thanksgivukkah be filled not with the fruitless search for spiritual authenticity, but with the messiness and joy of an ever evolving Judaism.

Jenn Pollan is from Wellesley, MA, attended Wesleyan University and is a Case Manager at the Red Hook Community Justice Center.