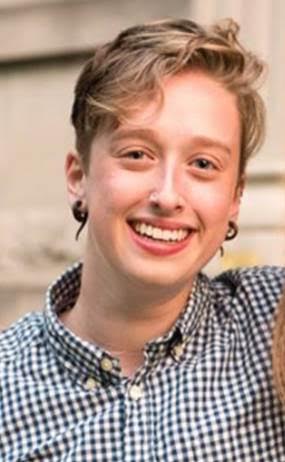 Essie Shachar-Hill took part in the Avodah Jewish Service Corps (Chicago 2015-16). During that time, Essie worked with Girls in the Game, an organization that works to empower middle- and high school girls through programming in sports, leadership, and health.  Essie is currently working at Keshet, a nonprofit that that works for the full equality and inclusion of lesbian, gay, bisexual, and transgender Jews in Jewish life as the organization’s full-time Boston Community Programs Intern while earning a graduate degree at the University of Michigan School of Social Work in the Jewish Communal Leadership program. In honor of June as Pride Month, Essie shared some experiences below.

What brought you to Avodah?

As my work in social justice spaces expanded in the latter years of college, I was looking for a more immersive experience post-graduation. A mentor of mine (with whom I worked on fostering a queer Jewish community on campus) was an Avodah alum and encouraged me to apply. At that time, I did not feel a connection between my Judaism and my activism, and was curious about a year-long experience that centered on this intersection.

Can you share a bit about your Corps Member experience?

A quote that comes to mind when I think of my experience in Avodah is “comfort the afflicted and afflict the comfortable.” In my placement, I worked to empower my students, most of whom were girls of color from low-income households. I tried to teach them that they are powerful, important, and enough. When classmates teased them about girls being bad at sports, I showed them how to throw a football. When adults told them they were powerless as children, I supported them to make their voices heard in their school and community. I like to think that I was able to support and comfort my young clients who were continuously afflicted by the forces of racism, classism, sizeism, sexism, and ageism. 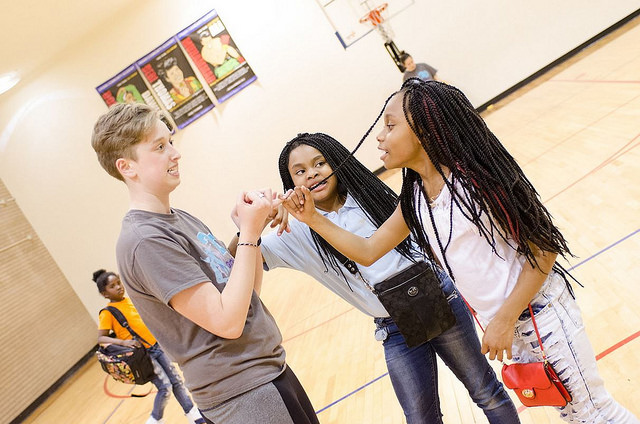 Essie worked to empower adolescent girls in Chicago while serving in the Avodah Jewish Service Corps.

Back in the office, I pushed my comfortable placement organization to be better. I challenged my coworkers to question their ableist language and pointed out racial microaggressions pervasive in the work culture. I pushed our coaches to examine why they made certain assumptions and tried to create a more trans-inclusive workplace.

In the Avodah bayit (house), I was often comfortable and my housemates, friends, and teachers lovingly afflicted me. They pushed me to be more patient, less judgmental, and more empathic. We empowered each other to be more open-minded and cooperative. In educational programming, I learned about prisons, systemic racism, poverty, immigration issues, police brutality, food injustice, housing discrimination, and my complacency in these interrelated oppressions. 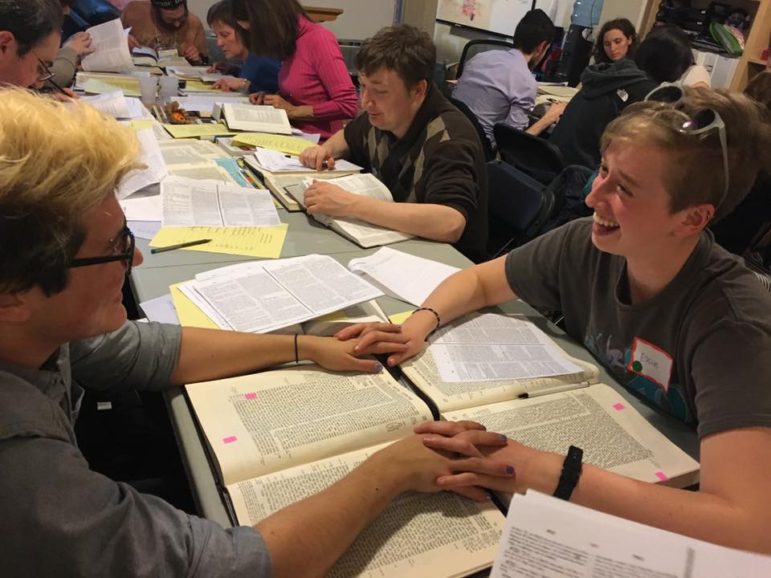 Essie and Aran study talmud in the original Hebrew for the first time with Svara.

What impact did your Avodah experience have on your lifepath?

Avodah affirmed my growing suspicion that I would not be satisfied in a career that wasn’t a justice-oriented helping profession. Many of the people I met through Avodah and the activist communities in Chicago had MSWs (Master of Social Work), so I thought, “I guess I better get one of those!” Avodah also brought up a lot of questions for me about the way the Jewish community runs, so I decided to apply to the Jewish Communal Leadership Program (JCLP) through the University of Michigan’s School of Social Work, which is where I study now.

Do you have a favorite memory from your Avodah year?

I have a lot of great memories from the year with my wonderful cohort, but one that stands out is our first community Shabbat, which was Harry Potter themed. The planning committee really went above and beyond, creating a photo booth, decorating the house, and printing enlarged photos of each housemate from their b’nei mitzvah which everyone signed. I led the Shabbat service before dinner and had a ball integrating bits of the wizarding world into the service. 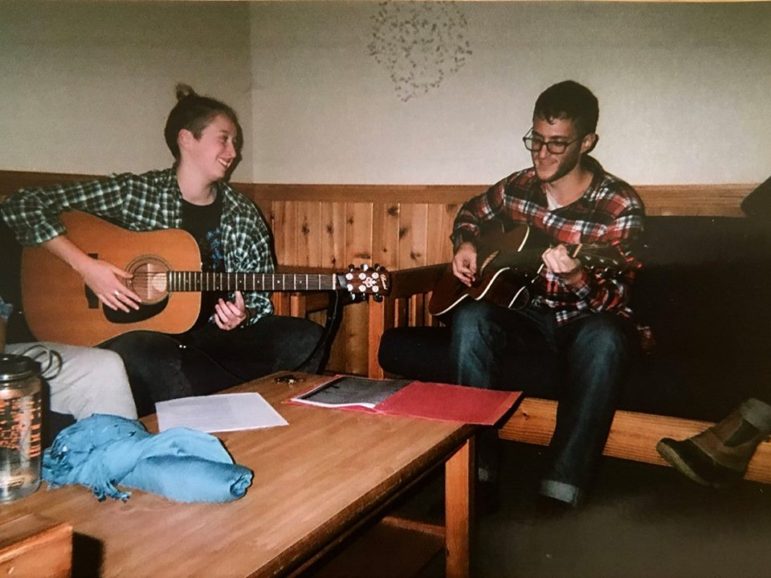 Essie jams during the fall retreat.

What led you to Keshet?

I have been a long-time admirer of Keshet’s work from afar. I think it was as early as my interview for JCLP that Karla Goldman, the director of the program, suggested an internship at Keshet, for which she is a board member. I enjoy working in identity-centered spaces, and Keshet focuses on the intersection of two of my salient marginalized identities.

What challenges do you see members of the LGBTQ community continuing to face and what motivates your work?

A lot of people think that because LGBTQ people can now get married in the U.S., we’re all set in terms of equality. But it doesn’t matter if queer people can get married if we get fired from our jobs, can’t access healthcare, suffer disproportionately from mental illness, or are shot down in the street. Personally, in terms of things I need to live a healthy and productive life, marriage is pretty far down on the list.

Queer and trans people face additional barriers to accessing health insurance and healthcare. Even when they have access to healthcare, there’s no guarantee that providers are knowledgeable about or sensitive to LGBTQ issues. (The last two doctors I have seen were flummoxed by my simple response of “no” to the question “is your partner a man or a woman,” made assumptions up the wazoo about my identities and personal practices, and provided downright incorrect information related to queer sexual health.)

Trans and nonbinary people continue to face discrimination in all areas of life, from employment to housing to simply using public bathrooms. In most of the country, it is legal to be fired on the basis of “gender identity” (i.e., gender) or sexuality. In 2016, 22 trans people were murdered, most of whom were trans women of color.

Queer and trans youth are particularly vulnerable. Forty percent of homeless youth are LGBTQ. Queer and trans youth who are rejected by their families are eight times more likely to attempt suicide, more than three times more likely to use drugs, and more than three times as likely to be at high risk for contracting HIV and other STIs as compared to their straight/cis counterparts. Another risk for queer youth is teen pregnancy. Surprisingly, queer youth are more likely to experience teen pregnancy than their straight peers. Part of this is a result of cis/hetro-centric sex education in schools.

Assuming we make it past our teens, it’s often not smooth-sailing for queer/trans adults either. Same-sex couples often face discrimination in the adoption process. In Texas, the House of Representatives passed a bill that would allow agencies receiving state funding to deny the placement of children (through adoption or foster care) with queer parents, trans parents, atheists, interfaith couples, or anyone the agency disapproves of “on religious grounds.”

Post-election has been a particularly hard time for queer and trans folks. The LGBTQ rights page of the White House website disappeared on inauguration day, and we will not be included in the next census. (Contrary to many angry Facebook posts, we were not erased from the census. We have never been counted. Meaning we have never counted.) 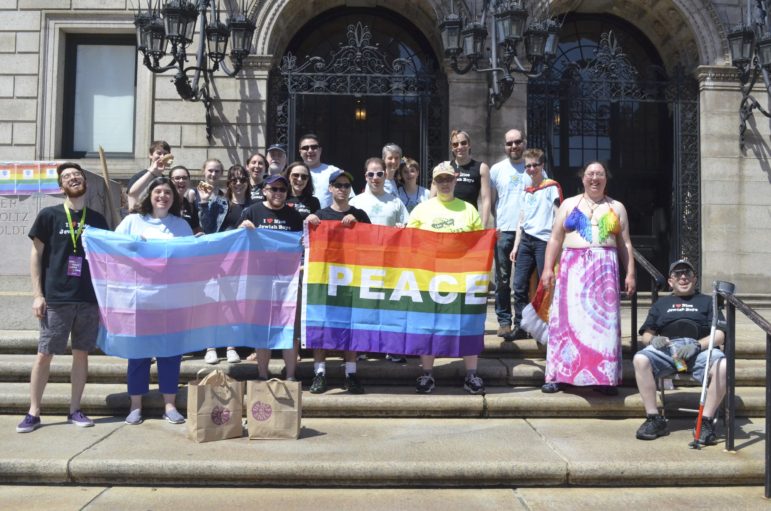 Essie marches with Keshet at the 2017 Boston Pride Parade to support LGBTQ rights.

How did Avodah influence your understanding and pursuit of social justice, specifically the rights of LGBTQ individuals?

A Rabbi once told me that there is no single issue on which every Jew will agree. God, Israel, ritual, identity—every Jew will never be aligned on these issues or any other issue. In Avodah, I learned (and continue to experience) that there is no one Jewish community. On certain issues we will join with fellow Jews and on others we will disassociate, hashtagging “not my Judaism.” The opinions and beliefs of the Jewish community are as varied and nuanced as the people who hold them. In Avodah, I grappled with how a community can lift up this diversity and celebrate disagreement without rejecting people from the community and turning inward on itself.

Likewise, there is no one gay community. At the Boston Pride parade last weekend, over 300 groups marched, each representing a different contingent of the LGBTQ and ally communities. There were Jewish queer groups, Christian queer groups, senior LGBT people, queer veterans, gay dads, etc. Each of these communities has its own beliefs, and even within these specific groups there is dissent and diversity. Here at Keshet, we may serve primarily LGBTQ Jews, but again, even that is not a unified, fully-representative categorization.

Avodah showed me the complexities of causes and various communities, and I’m excited to be at Keshet where I can work in a space that’s more specific than “the Jewish community” or “the queer community.” And while there is comfort and safety in the specificity of intersectional spaces, I’m also learning about the dangers of siloing and the contexts in which unity and isolation are most healing. 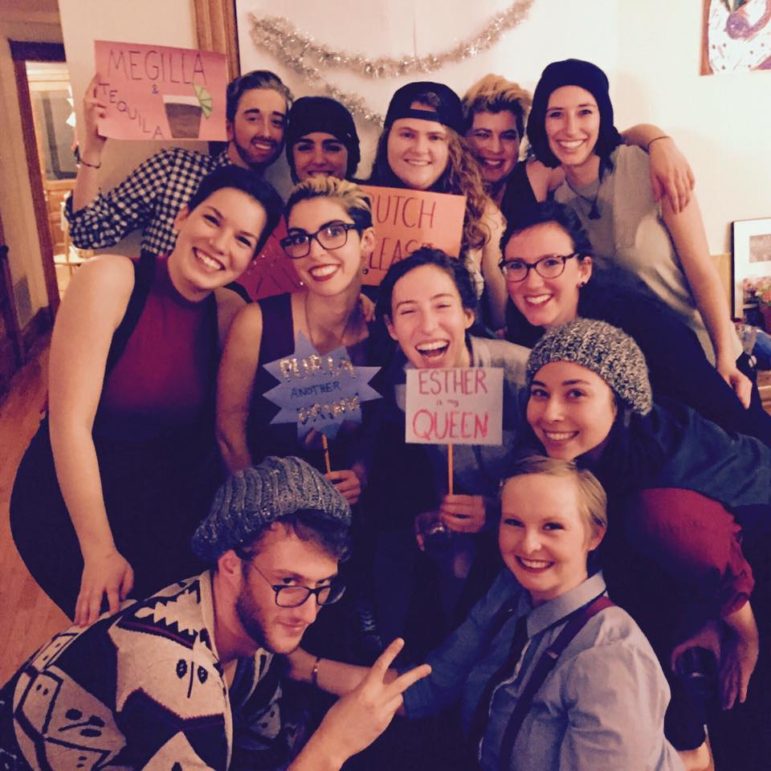 How are you still connected to/involved with Avodah?

The friendships and lessons Essie gained in Avodah will last a lifetime.

I’m still very much in touch with my housemates, many of whom I have visited/hosted in the year since Avodah. I go to alumni events when I’m in Chicago. I have also made some connections with alumni all over the country. (Thanks, alumni listserv!)