A Trip Down the Green Line: The Reputation of Southeast D.C. 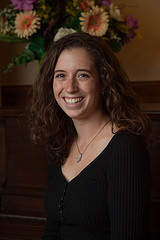 Accessibility in a city determines the livelihood of its residents. Fresh produce, good schools, green spaces are just a few components that make life a little bit easier to live. In Washington, D.C., accessibility is mostly defined by public transportation, a combination of bus and subway called the ‘Metro.” Metro subway stations are landmarks throughout the city, stretching out on Blue, Red, Orange, Yellow and Green lines to both Virginia and Maryland. While having a Metro stop definitely provides an opportunity to be connected with the greater Washington D.C. metropolitan area, it doesn’t guarantee stability or economic development, as is the case in Anacostia in Southeast D.C.

I live in Columbia Heights, which is in the Northwest quadrant of DC, and am thankful that I am in walking distance of a Metro station. Every day I walk to the Columbia Heights Metro, which is a stop on both the Yellow and Green lines. I take the Green line 9 stops to Anacostia, located in the Southeast quadrant, and make the quick five minute walk into work. It is an easy, straightforward commute.

I absolutely adore my job. I work for So Others Might Eat at the Center for Employment Training (SOME CET). SOME CET is an adult vocational school that has classes in building maintenance and medical administration assistance. We train our students to get jobs in an industry that provides an opportunity to make a living wage and to create a career path. Most of my students are unemployed and do not have the training or background to be able to get a living wage job on their own.

Many of my students, similar to me, heavily depend on the Metro. While some of them have cars, public transit is a common way to get to CET. Since most of my students are currently unemployed, CET provides a transportation card (a SmarTrip) to all students who request it. The SmarTrip has a specific amount of money for buses so they can get to and from school interviews, externship, and other important trips. It also allows for the students to get around day to day in their personal lives. It means access for a whole group of people that may have not had it otherwise. It puts my students on a more level playing field with other job applicants.

Richblockspoorblocks.com is a comprehensive interactive website that lets users search any part of the United States to find the area’s median household income (in 2011 dollars). After searching Southeast (SE) Washington, D.C. on the site, the result was no different than what I see every day when I get off the Metro to go to work. Most of SE DC is in the darkest red range or $20,965.00 or less. Southeast DC is renowned for being undeveloped, unsafe, and impoverished. This reputation deters economic prosperity and traveling to this part of the Green line. When I tell people I’ve just met in what part of DC I work, many of them widen their eyes and reply with “you’re such a good person!” Examples of a bad reputation are everywhere.

This is upsetting to say the least. Southeast DC has a great community. Frederick Douglass’ childhood home is located in SE the area along with some great charter schools such as Thurgood Marshall Academy. Many of my students are from the Southeast area and are some of the most determined people I have ever met. Even after only 6 months, I feel that the sense of community is strong in Southeast. The safety of the Green line is repeatedly called into question when people discuss the possibility of adding more plain clothed officers or cameras to reduce crime. This has deterred many people from heading to Southeast.

Both Anacostia and Columbia Heights weren’t connected to the Metro until the late 1990s, 20 years after the Metro subway opened. Soon after the Metro in Columbia Heights opened, big stores like Target and Best Buy followed suit. Anacostia wasn’t as quick to pick up in revenue after the stop was built, but there are initiatives such as ARCH, and the Anacostia Waterfront Initiative. These are inspiring plans, but unless the safety reputation changes along with the business revitalization, DC residents are still going to be hesitant to make the trip down the Green line. Still, none of these ideas could even be possible without a station located within the neighborhood. I travel by Metro the vast majority of the time and I can’t fathom how I could get to work without it.

The connectivity of public transportation in a city is vital to its inhabitants. It provides opportunities to go places where many people couldn’t normally go. I know I wouldn’t be able to visit Maryland, Virginia, or Downtown DC as often as I do without public transit. It gives areas like Anacostia a chance to compete with the rest of the city. I heavily depend on the reach of the Metro as do thousands of others every day. It was a good first step to recognize that Southeast residents need accessible public transportation, but the next step is changing the reputation that is generalized about the area. Racial, social, and economic stereotypes are a big barrier to spending time in Anacostia. I know people tend to have their reservations, but my hope is once jobs and a strong economic base are established DC residents will be more apt to come to the area. These changes won’t happen overnight, and we need to ask the question: how did this reputation develop and how can we change it? As of now though, I thoroughly enjoy where I work and I hope that the area continues to grow economically and in connectivity in relation to the rest of Washington DC.

Rebecca Helberg graduated in May of 2012 from the University of Illinois at Urbana-Champaign and is currently participating in AVODAH in Washington D.C., where she works at So Others Might Eat (SOME) at the Center for Employment Training as the Basic Education and Volunteer Coordinator. She is a big Chicago sports fan and loves to read and spend time outside.

Learn more about SOME CET: SOME is a tremendous non-profit that provides a wide variety of services including addiction treatment, food, clothing, and affordable housing to name a few. Most of SOME’s services are in Southeast DC, including CET.

One Response to A Trip Down the Green Line: The Reputation of Southeast D.C.