A Tale of Two Mardis Gras 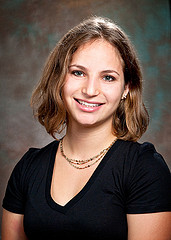 My post-graduation move to New Orleans was by no means an accident. The summer before my senior year of college, I found myself ruling out job opportunities and programs if they weren’t available in New Orleans. So I changed my strategy and began searching for ways to move to the Big Easy. And here I am. But until about three weeks ago, there was something missing from my experience. The locals would talk about their green and purple shoes, their coconut collections, and their big trips to the recycling center after Mardi Gras. I was confused and overwhelmed. My co-workers told me, “You’ll understand once you see it for yourself,” and I hoped they were right. Frankly, I had no idea what to expect, and was afraid of doing it wrong. What ensued during the two weeks of Mardi Gras celebrations was both utter nonsense and utterly miraculous. Thus far, I’ve failed to actually capture the experience when describing Mardi Gras to friends and family, but I can certainly provide the facts.

There were parades, hordes of people, barbeques, marching bands, families, students, babies on ladders, beads, flashy toys, and stuffed animals. There was beer, booze, and lots of debris. And so much more. I had some of the most fun I’ve ever had in my life in those two weeks, and it comforts me to know that I’ll always be able to look back (as I am now) and smile – and look forward to the next one!

But something more profound and personal happened for me because of Mardi Gras. I developed a bond with the city that will last for the rest of my life. Understanding and experiencing Carnival helped me connect with the city more deeply in a way that I think is impossible without experiencing it for oneself. I can’t explain why begging for beads and cheering my voice away for middle school marching bands is such a compelling experience, but what I do know is that Mardi Gras, in all its glory with all its problems, is a sacred piece of the New Orleans experience.

Back in December, a wise man who identified himself as a New Orleans native and Zulu member, asked me if I planned on staying in the city. I said I was unsure of my plans. In response, he told me, “Just wait for Mardi Gras. After Mardi Gras you won’t be able to leave.” I wasn’t so sure. I’ve been reflecting on those words a lot since Mardi Gras ended as I contemplate life after AVODAH. I know now he was right. One thing is certain. This may have been my first Mardi Gras, but it won’t be my last. 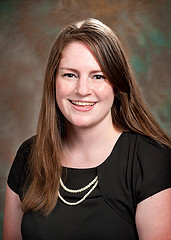 This year marks my 22nd Mardi Gras. For 22 years, my family and I have claimed the same street corner, set up the same ladders, and waited for my parent’s childhood friends to wander down to Harmony St., where my mom and her siblings grew up and where my grandma and aunt still live today. We have a routine. We listen to the same New Orleans music, order the same sandwich platters, and watch the same parades year after year, but this year was unique.

It is amazing that after almost six years of living in New Orleans, and a lifetime of visits, New Orleans is still new to me. AVODAH, my Mid-City placement at Tulance Community Health Center, and my nine housemates that have never lived in this city before, have helped to create a unique experience.

This year, I stood on Harmony St. just like any other year. I positioned myself in between my grandma’s plastic poolside chair and my 12 year old cousin, who now takes ownership over the Lowe’s black and yellow ladder that used to put me at a visible height to catch beads. It’s the Mardi Gras progression, moving from a ladder seat, to a standing ladder, to the street, and then to a comfortable chair pushed back on the sidewalk or neutral ground away from the floats and the chaos.

Although the finger sandwiches were the same, those in line for the bathroom at the Harmony St. house wore the same bright colored costumes as the year before, and the crowds still yelled “Throw me something mister,” this year was different. This year my housemates joined the reunion. Nine new faces became part of the family, they threw their arms above their heads and caught sequined shoes, plush stuffed animals, and glossy beads. My AVODAH family joined my New Orleans family and together we celebrated a holiday that means so much to my loved ones and me.

In 2006, I wrote an essay entitled “Strands of Renewal,” in which I described the first Mardi Gras after Hurricane Katrina. I detailed the routine, the familiar sights, sounds, and smells. I talked about the oak-shrouded boulevard flanked by its grandiose mansions. I spoke of the music that filled the street blending with the joyous sounds of children and their families playing as they eagerly awaited what was to come. I recalled the smells of cotton candy, picnic lunches, barbecue, and gumbo that filled the air. I mentioned the rainbow of venders selling colorful collections of trinkets that passed by me. I wrote about a city of diverse threads held together by one common bond, the love of life. In 2006, the 150th anniversary celebrating the parade of Mardi Gras in New Orleans, staged only six months after the devastation of Hurricane Katrina, I understood that my family was bound to this city. New Orleans is the city of my mother’s birth, home to my grandmother, aunts, uncle, cousins, and lifelong friends. It is the resting place of my beloved grandfather and many relatives. It is this family history that binds me to New Orleans. I am bound to my family. My family is bound to this city. Therefore, I am bound to this city. Like a family member, New Orleans is part of me.

Now my family includes the bayit, an extended family. Nine new faces, who have now spent almost half a year in New Orleans, have become a part of the tradition. Together, friends, family, and now my bayit of extended family stood on the corner of Harmony St. They participated in the routine,

As a float quickly rolls by, my arms, which are now waving above my head, are lost in a crowd of others doing the exact same thing. My voice cannot be heard above all the other people yelling, yet I still have a chance to catch the attention of someone on the float. The colorful beads float through the air. I dodge a stack of flying cups to my left, and watch as a teddy bear is thrown to a young child enthralled with what is happening around her. The float has passed and as I look down I see the colorful beads hanging from my ladder. The look on my face would cause one to believe that this happens very rarely, but the truth is, it is a frequent sight. The excitement of the parade can overwhelm anyone. My family and I, the bayit and I, although experiencing Mardi Gras differently, become engulfed with similar feelings of thrill and joy. It is the one time a year when each of us can forget what needs to be done in our ordinary and busy lives and join the city of New Orleans in its extraordinary celebration of life.

Jessica Greenberg is from Memphis, TN, attended Tulane University and is a Project Associate at the Tulane Community Health Center.

Rayza Goldsmith is from Chevy Chase, MD, attended the University of Michigan and is an Intake and Outreach Associate at the ACLU Foundation of Louisiana.